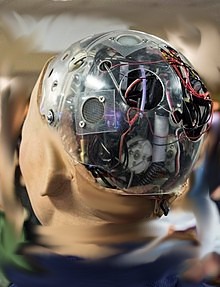 The Future of Computer Robots in Real Estate

I’ve been receiving a high volume of emails this past few weeks. Those emails are trying to sell me the latest trend in Real Estate, a computer robot that takes all my emails and messages then answers them for me. What a farce. Do you as a customer or client want to speak to me or a computer? To me using a robot is way below the ethics code I developed for my company. I prefer to place my own word on my company. Not the word of some computer programmer who has no Real Estate experience, never sold a house, was never present at a single showing, has no idea what the contracts are, and never attended an inspection or closing. I don’t care what people believe computers can do. Having a personality is not one of them. Computers have no feelings. They can only do what they are instructed to do and that is it. That’s my decision and I am sticking to it.

I’ve been involved with computers since the DOS age. I’ve helped develop many of the computer programs used by today’s CAD drafting systems. We can program a computer to perform a series of commands to save time. But placing a personality on a computer is not possible. There are too many variables involved. When it comes time to talk about selling your home, business, or investment, I have to know as much about you as I do about the property. That requires a face to face meeting. Call me old fashion, but that is the way I prefer to do business. And I am sticking to that.

What the future holds. It doesn’t seem to make any sense at all. Those who claim to be top agents will flock to new technology like moths drawn to a flame. They are willing to pay set up fees and monthly subscriptions in an attempt to stay ahead of the game. New programs promise to make time for agents who choose to use them. Time for what? More time to work on and close more deals, and make more money. But at what cost? The cost of a reputation? I’m not sure at this point. I have no inclination of trying any of those computer robots. I have seen them at work. I’ve looked into their history and how they have been developed. That is not a pretty picture. 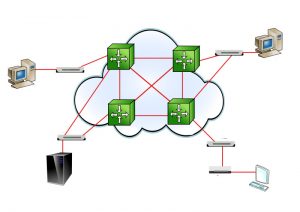 We are all aware how Internet scams are at record levels. Why? Scammers have turned to computer robots to conduct their dirty deeds at a record pace. A computer robot can communicate with hundreds of victims in a few seconds. How do they work? You can look up articles on computer robots to get an idea of how they work. Computer robots can read an email. The computer robot uses the latest technology to decipher words and sentence structure. Then the program formulates a response. In the scam industry the programming is rather simple because the program focuses on a single subject and a desired result. Based on the input received from the email the robot reads, the program chooses from a series of responses to do one of two things, gather personal information, or keep the fish on the hook by making promises.

How do you know if you are communicating with a real person or a robot? That may be rather difficult to determine based on the fact, the real person is hiding behind a computer. Can you trick the computer robot? I’ve never tried it. I have dabbled with a few computer robot scams. My email address is broadcast all over the world. Therefore I receive emails from just about every scam artist in the world. Don’t worry, I am extra careful, never open an attachment on an email unless I know the person who sent it, and I use a Linux system. Most viruses are programmed to infect Windows computers. Very few are equipped to infect Apple computers, and almost none are designed to hack into a Linux computer. Linux uses a different programming language and are password protected. It may take me longer to add programs to my computer, but that is well worth the time when I look at the protection and peace of mind that brings.

Computer robots are designed to deliver a sales pitch via a form letter. Answer that email and the robot analyzes your message and customizes a predetermined response. The robot will include just enough information to make you think the email was read, and throw you off guard. But the robot has no choice but to set the course and control the conversation by introducing the next phase of the scam. So you will see some rather off topic information if you are smart enough not to reply with direct questions regarding the email sent to you. Ask questions like, what city are you from? What appeals to you in that city? How tall are you? What is your favorite color? Ask personal questions. Try mixing up your sentence structure. Write something along the lines of, “how if going near to the flag of Antarctica, when sentencing occurs, then if that or this, blue turns to red and black to white.” If you structure a response with incoherent sentences, the robot will look at only the key words to structure its response. A normal human will answer one way. A robot will answer in a predictable fashion based on a few key words. You can out smart robots. At least that is true for the time being. Some programs give computers the ability to learn to a certain degree. And of course programmers are always finding ways to update their programs. Especially when they can sell those programs. So be careful out there and no matter what the business is, you are always better off dealing with a real person. 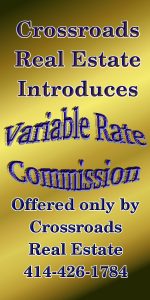